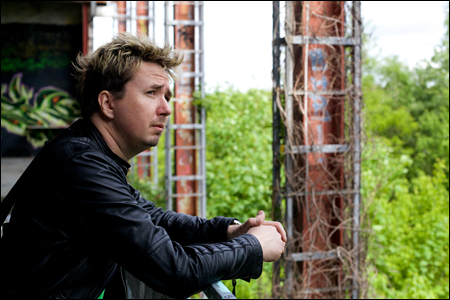 DJ John Major, born Jani Savola, hails from northern Europe, Finland. John Major has been in the club scene almost two decades, and he is one of the key figures in the house and techno scene of his hometown, Turku.

There he's been involved with organising parties since the early 2000's. At the moment he is active with the oldest Finnish electronic music association, called The X-Rust Organization and also a club concept called rubiX. The latter is a monthly club, which is focused on quality house and techno. rubiX has two residents, John Major and Basile Renaud.

It was in the early 80's, that Jani first heard electronic music. That time it was synth-pop and it was the first thrill of something special and new. Later in the 80's came acid house and techno, which was the last straw. The 90's went on enjoying clubbing and collecting records.

In the year 2000 he bought his first turntables and started to deejay. His first gig was in 2001. In his early days the sound was progressive house, but soon it gave space to house and techno. Nowadays sets consist of deep, bassy, punchy house and hypnotic, monotonic techno.

Because John Major is not a new kid on the block, he surely has got a true vision and touch on what to put on a plate. During the years, John Major has played in several clubs and towns in Finland and also in Tallinn, Estonia.