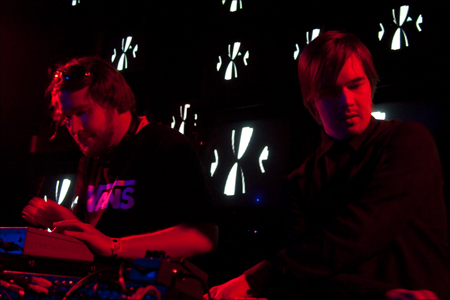 The legendary electro duo of Tatu Metsätähti and Tatu Peltonen played its first live gig ever at Kåren, in Turku in 1995. A couple of years later they started using the name Mr Velcro Fastener for their project and in 1999 they released their first full length album along with a record release tour to central Europe. After the turn of the millennium they went on with two more albums and more touring all over the place from the US to the former Soviet Union, or nowadays Russia. They also remixed bands such as Hardfloor, Marco Carola, dk8 and AUX88, for example.

If one should describe their style, it is somewhat close to 80´s old school electro with spices from early 90´s IDM and Detroit techno. But they do have their own unique "velcro sound" – there might be something scandinavian in it, or especially characteristic for acts coming from Turku, or then just totally unique only for this particular duo.