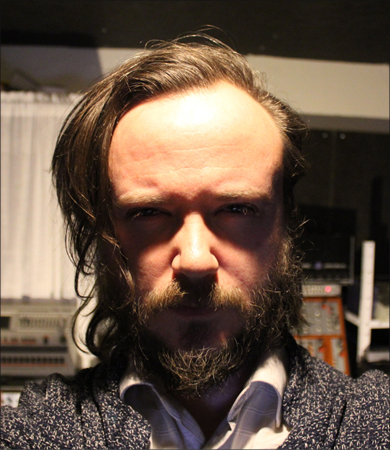 2013 marks Jori Hulkkonen's 25th anniversary in producing music, and 20th anniversary in releasing records. Starting with his own label Lumi, back in 1993, and then moving on to working with acclaimed labels such as ACV, F communications, Ibadan and Turbo, Jori has by this date released 14 albums, some 70 12"s, and over a hundred remixes.

In 2013 he's also turning 40 years of age, but that doesn't seem to slow him down; coming up this year are new albums for Sin Cos Tan -Jori's new popgroup who released their debut only last year, a new solo album for My Favorite Robot recordings who recently released an album from Jori titled 'Negative Time', a collaboration with Turbo headhoncho; a 12" called Trust Your Body released as TIga & Jori Hulkkonen, an EP done together with John Foxx that features an effort from David Lynch -just to name a few.

In addition to studiowork, Jori is also continuing his DJ and liveshows globally, both as a solo act, or with his groups Sin Cos Tan and Acid Symphony Orchestra.