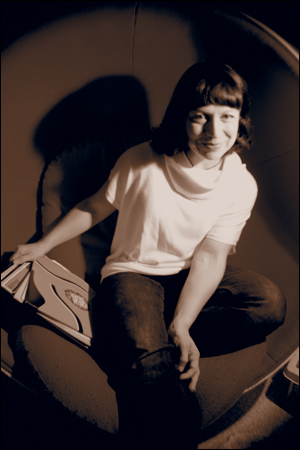 Lazy Cat joined X-Rust in 1998 when she started deejaying in local bars in Turku and met the X-Rust guys at a friend's party. She had just spent the summer in London, working and shopping records, and at first her record collection was all about Glasgow Undergound, Paper Recordings, F Communications etc. Very jazzy and mellow house. She wanted to play for people so that they too could discover and enjoy this wonderful groovy music.

Lazy Cat’s first X-Rust party was Takeoff in 1999. It was held in Sadis where X-Rust had its first headquarters. With X-Rust she heard a lot of techno and learnt to love that too. The set she’ll be playing at the XX party, however, will be mainly about deep house. It was her “first love” in electronic music and the collection has been updated a bit. She’ll introduce some of Glenn Undergound’s productions, Moodyman etc., and the set will be all about serious jazzy party grooves!