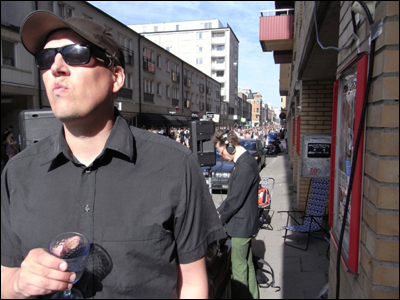 Born in the 70´s Luke Eargoggle did not know he would produce electro music but afterwards, if he would have looked into the stars, he and his family would have known what was waiting! His father was an autistic double bass player who left after a few years of family life and nobody knows what he´s doing at this moment or if he´s even alive. Raised with all kinds of acoustic music, old school electro came like a tornado with Egyptian Lover and others in the mid 80´s.

Luke Eargoggle aka Karl Lukas Pettersson is known for his dedication to electro music and his record label Stilleben Records. He also has over 20 aliases and many collaborations with other producers such as Egyptian Lover, Legowelt & Rutherford. He operates from the west coast of Sweden, Gothenburg city.